I dunno if there are pics already online of the new Unleashed Wave, but today I came across them in a full-page add in the new issue of Nintendo Power. Though only the Clonetrooper is shown fully, they all look pretty sweet. The Clonetrooper is shown running into battle with his rifle, climbing over the body of a fellow trooper. Both are white versions - and it's a fully sculpted Clonetrooper on the base....unlike the partial battle droid in the Unleashed Anakin.

Smaller pics are of Luke in his X-Wing outfit, holding his lit blue lightsaber (the pose is similar to Qui-Gon's lightsaber stance in the Theed Palace duel - the heavy stance pose for those who have played Jedi Outcast)

Chewie is in a rage pose....though his face isn't as extreme as I would picture him in a Wookie rage. His fur is sculpted to look like he's in motion(nothing like you really see in the movies) - which some people may not care for.

Overall, pretty cool figs...I'll definitely be picking them up. Only worry is that they may do diff colors for the trooper.....I'd really like a blue or green guy....and would suck if I have to buy multiples or they're extremely hard to get *cough* Blue Clonetrooper Mini-bust *cough*

Looking closer....it might be Luke in his Snowspeeder gear....it would make a bit more sense since he actually used his saber in that outfit....never shown in the movies with his saber in the X-Wing suit. Regardless the Snowspeeder and X-Wing flight suits are pretty similar, you're still getting an orange-colored Luke 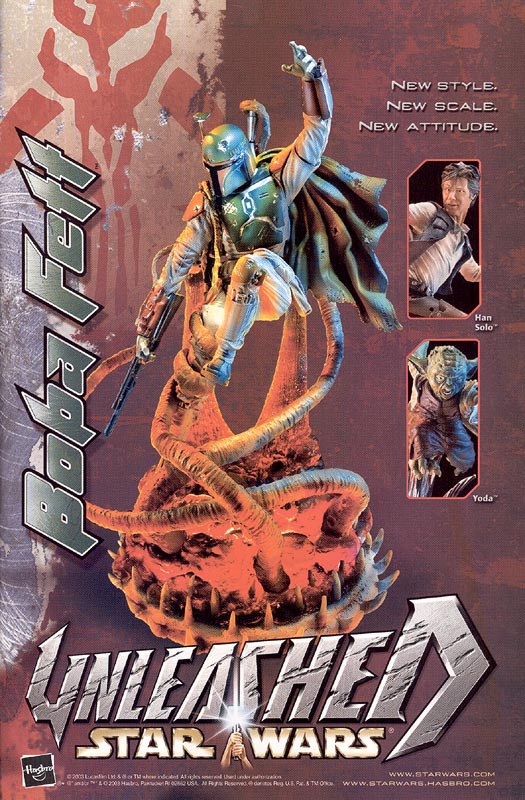