“The Making of The Empire Strikes Back” par Michel Parbot

This article is the result of a deep research started two years ago, and was recently completed. What is more normal to give homage to this fabulous documentary of Michel Parbot on a French speaking website?

Why is that story so mysterious? Well, because it was broadcasted only once on TV, then it disappeared anonymously. It was time to rediscover it, to reveal again its existence and its contents. Let’s start the story where it starts…

September 22nd, 1980 on FOX Television: the Americans were able to discover a documentary named “SPFX: The Empire Strikes Back,” with a voice-over and it was dedicated to the special effects of the Empire Strikes Back, though it didn’t contain that many interviews. On IMDb, it is referenced here and Michel Parbot is credited as the cameraman in the part Camera and Electrical Department. This documentary can be watched today, as it is part of the Saga’s Extras on the Blu-Ray discs.

Michel Parbot was a French journalist, “grand-reporter-cameraman”, war correspondent and a director passionate with photography. One of his most famous actions was his cover of the 1983 Grenade Invasion by the US forces for Sygma TV, with a portable betacam camera. He co-funded Sygma TV with Hubert Henrotte in 1974. The name of Michel Parbot became famous because he was the only journalist present at Grenade despite the US interdiction.

At MintInBox.net, we are fans of the Star Wars Video preservation project since ever, rumours about this mysterious documentary, “The Making of the Empire Strikes Back,” were floating around various website dedicated to the preservation. In fact, it is well known that the documentary is in the archives of LucasFilm, Gary Kurtz has a copy of it, the Sygma TV agency too, and also the French TV channel, which broadcasted it at the time (certainly TF1 or Antenne 2). The National French Audio-Visual Institute (INA) should have it too. Unfortunately, we did not manage to get any feedback from either Sygma TV nor from the INA… Well, we certainly did not get the necessary credentials to reach that goal. So, what was left to us?

Classical search, such as eBay, specialized forums, contacts and so on… The problem with the eBay solution is that mention of the documentary “The Making of The Empire Strikes Back” will often lead in fact, to the “SPFX” documentary. That means that people might sell the “SPFX” while the buyer wanted to buy the “Making of”. As for the specialized forums and the contacts, either people do not have it, or they are looking for it, even for a certain amount of money, or people know someone, who has it but is not willing to duplicate it, or, at last, people do not say they have it.

On the unofficial peer-to-peer networks (P2P), a Dutch subtitled version is available, but parts are missing and the quality is not that great. The website StarwarsArchives.com references it in its timeline, in 1980.

We managed to get a copy of it, thanks to a surprise source, but we were asked to not duplicate it.

Let us switch to the documentary itself, which is without voice over. Contrary to the “SPFX” documentary, it is especially focusing on interviews (actors, technicians, director and producer). Even George Lucas appears time to time and very briefly. The “Making of” documentary is in four parts: Introduction, Norway, Characters, Special Effects. 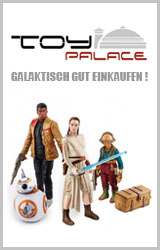